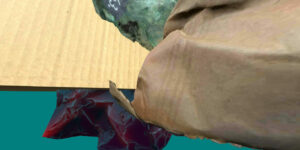 The *Underground Division* is an action-research collective of different people based in London, Brussels and Barcelona. They are interested in technologies around subsurface rendering – a trans*feminist undercurrent exists in all of their projects intelligently engaging with the environment. Their lecture at Sonic Acts on this intuitive and cutting-edge practice gives insight into their ROCK REPO project, which starts from the damage around rocks to reconsider their agency.

The *Underground Division* – here represented by Helen Pritchard and Jara Rocha – will perform a lecture based on their project ROCK REPO. It is a device built by a team of trans*feminist post-normal scientists for thinking with rock. It is an inquiry into what rock is, what it could be, and the ways in which rock is seen or considered as an entity separate from its environment. As not easily fixed entities, rocks provoke a reconsideration of categories: inert or not, discrete or not, timely or not. A set of ​‘queering damage’ operations will be activated to attend to certain harms of technosciences in relation to volumetrics, geocomputation and the praxis of feeling backwards. 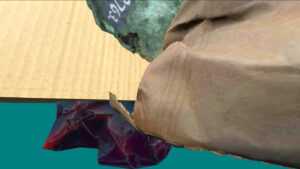 The *Underground Division* is an action-research collective that investigates technologies of subsurface rendering and its imaginations/​fantasies/​promises. It is dug by Helen Pritchard, Jara Rocha and Femke Snelting with the help of many other others. As a follow-up on the collaborative research Possible Bodies looking into co-construction of so-called bodies and 3D paradigms, the-body-of-the-earth is now attended to as the framework for a study on similar sensibilities but different spacetimes. The *Underground Division* bugs contemporary regimes of volumetrics that are applied to extractivist, computationalist and geologic damages. Their research will eventually culminate in the Trans*Feminist Rendering Program, a hands-on situation for device making, tool problematising and ​‘holing in gauge’.

London-based artist and researcher Helen Pritchard​’s work brings together the fields of computational aesthetics, more-than-human geographies and queer trans*feminist technoscience. Her practice considers the impacts of computation/​computational art on the figuration of environments and environmental justice for the development of inventive methodologies that propose otherwises. She is co-editor of Data Browser 06: Executing Practices (2018) and a special issue of Science, Technology and Human Values on Sensors and Sensing Practices (2019). Pritchard is the Head of Digital Arts Computing and a Lecturer in Computational Art at Goldsmiths, University of London. Together with Femke Snelting and Jara Rocha, she activates the creative research group the *Underground Division*.

Jara Rocha is a researcher based in Barcelona who works through the situated and complex forms of distribution of the technological with a trans*feminist sensibility. With a curious confidence in transtextual logistics and a clear tendency to profanate modes, she tends to be found in tasks of remediation, action-research and in(ter)dependent writing. Main areas of study have to do with the semiotic materialities of cultural urgencies. Together with Femke Snelting and Helen Pritchard, she is currently active in the *Underground Division*.