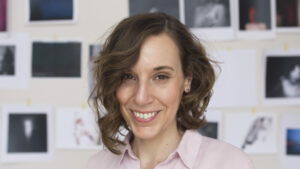 Terike Haapoja
Vulnerability, Community, Animality – The Art of Being Here with Others

New York-based artist Terike Haapoja represented Finland at the 55th Venice Biennale (2013). Her projects and collaborations, including those in collaboration with Laura Gustafsson, challenge human-centric perspectives. Gustafsson&Haapoja enacted a trial in which eight-year prison sentences were given for killing wolves and opened a museum for cattle. In 2019, their 16-speaker sound installation of pigs awaiting slaughter brought the animal factory to Zone2Source in Amsterdam.

Terike Haapoja’s lecture Vulnerability, Community, Animality – The Art of Being Here with Others, takes 2020 as a landscape of deepening polarisation in the political sphere as well as between people and Earth’s other inhabitants. At the core of these divides is a question of the ​‘we’ of political community, traditionally defined as ​‘we the people’. On one side of the void looms white nationalism, closing borders and rising fascism. On the other, rights of nature and decolonial demands to dismantle the state apparatus. This void hides legal divides between things and persons, and ontological divides between subjects and objects: gendered and racialised mechanisms of making killable and making sovereign. How these divides have been constructed and how we could rethink them is at the core of Haapoja’s interdisciplinary work. Starting from her collaborative art projects, Haapoja approaches questions of animalisation, law, interspecies communality, vulnerability and ethics in relationship to art and its role in political change. 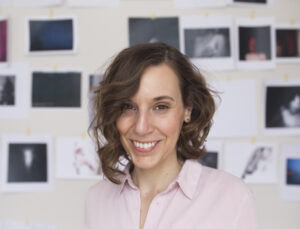 Terike Haapoja is a visual artist based in New York. Haapoja’s large-scale installation work, publications, writings and political projects investigate the mechanics of othering with a specific focus on issues arising from the anthropocentric worldview of Eurocentric traditions. Haapoja represented Finland in the 55th Venice Biennale (2013) with a solo show in the Nordic pavilion, and her work has been awarded with several prizes, including ANTI Festival International Prize for Live Art (2016), Dukaatti prize (2008) and an Ars Fennica Prize nomination and for her work with writer Laura Gustafsson as Gustafsson&Haapoja. Haapoja is an adjunct professor at Parsons Fine Arts and New York University.

A hope for planetary survival and life beyond many ​‘ends’ – from democracy to the still current geological epoch – lies in overcoming the deepening polarisations in every aspect of our everyday human and non-human affairs. This panel proposes a rethinking of these divides referencing many histories of oppression in order to imagine a future of social and ecological justice.

This panel will be moderated by Sekai Makoni.