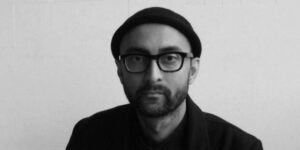 As founder of the project INTERPRT, artist, writer, researcher and musician Nabil Ahmed makes a clarion call for international criminal law to protect against ecological impunity. The environmental justice project that has worked with Princeton and renowned art institutions leans on spatial design to consider ecological visual culture, investigating at-risk regions like bio-diverse and conflict-ridden West Papua/​Indonesia, endowed with the planet’s largest reserve of copper and gold.

International criminal justice offers considerably limited protection to the environment and to the livelihoods and dignity of peoples. In West Papua, where the Papuans are fighting the longest self-determination struggle in the Pacific, the Indonesian state and minerals, natural gas and palm oil corporations are getting away with ecocide and crimes against humanity. Yet today, civil society groups, NGOs and journalists have expanded access to geospatial information, audiovisual media and open-source data to expose state violence and corporate crimes. Forensic truths acquired by non-state actors are increasingly admitted in legal contexts and for advocacy purposes. This lecture explores how spatial analysis and environmental forensics are put to work by INTERPRT to not only document underreported environmental offenses and human rights violations, but also in an effort to recognise ecocide as an international crime. First invoked during the Vietnam War, ecocide has the potential to be an effective tool for climate frontline governments and civil society in the fight against ecological impunity at the international criminal court and beyond.

Nabil Ahmed holds a PhD from the Centre for Research Architecture, Goldsmiths, University of London, where he is affiliated with Forensic Architecture. He is a postdoctoral fellow at the Academy of Fine Art in the architecture and design faculty at Norwegian University of Science and Technology. He is also founder of INTERPRT, which investigates environmental crimes using spatial analysis and advocates for the criminalisation of ecocide under international law. The group collaborates with international lawyers, research centres and civil society such as Princeton Science & Global Security and Movement for the Survival of Ogoni People, and has exhibited projects at venues including Biennale Warszawa/​Modern Art Museum in Warsaw and the Beirut Art Centre. INTERPRT is commissioned by TBA21 – Academy. Ahmed has written for Third Text, Candide: Journal for Architectural Knowledge and Architectural Review among others and is published in numerous books.

International criminal justice offers limited protection to the environment and people affected by it. Various proofs of offenses of extractive colonialism and racial capitalism acquired by non-governmental bodies – civil society groups, NGOs, journalists, etc. – build the case for recognising ecocide as an international crime. This panel brings together two artist-theorists who share their expertise and artistic practices of observing and listening to those struggling societies at the frontline of environmental crisis in the Pacific.

This panel will be moderated by Emma van Meyeren.