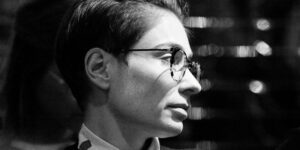 For political geographer and sound artist Anja Kanngieser, sound is the sense mechanism that drives their work – from a documentary interlacing stories on resisting deep sea mining in Papua New Guinea and Vanuatu to an audio walk on rising sea levels. As an academic, their work creatively amplifies social justice claims around politics and climate change.

Anja Kanngieser’s talk, aptly named Listening to Ecocide, addresses through sound the complexities faced by frontline Pacific communities. The Pacific Island of Nauru at the heart of the Pacific Ocean is the frontline of environmental crisis. Strip-mined by colonisers of its natural phosphate reserves, the backbone of industrial agriculture, the island nation has relied on Australia’s brutal offshore refugee incarceration régime for the last decade. With severe eco-systemic vulnerabilities – contaminated water, diminishing land, droughts and sea inundation – Nauru exemplifies the precarious position induced by extractive colonialism and racial capitalism. Bringing together site-specific audio recordings with Indigenous Nauruan voices campaigning for self-determination and self-representation, Kanngieser shows sound and listening as vital to understanding, and amplifying, the deep relations to land and sea that Nauruan’s hold and the complexities they face. 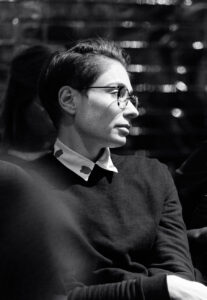 Anja Kanngieser is a political geographer and sound artist based in Wollongong, Australia, who creatively investigates space and politics. In their work Anja begins with the premise of sound as a constant, a phenomenon that is always present – whether heard, felt, or sensed by human or non-human species and technologies. Their most current projects use testimony, field recording and data sonification to document and amplify social justice responses to the effects of climate change in the Pacific. In their first book, Experimental Politics and the Making of Worlds (2013), they open up communication between urban groups to find common sites for protest around precarious living and working conditions, migration and higher education. Research interests include labour practices in China, sound technologies for mapping movement and micro radio in Japanese urban politics. In their most recent project, Climates of Listening, community-oriented social justice responses to climate change in the Pacific are amplified. A Vice Chancellors Fellow at the Australian Centre for Cultural Environmental Research at the University of Wollongong, Australia, their writing is widely published and they are an editorial board member of journal Environment and Planning D: Society and Space.

The visit of Anja Kanngieser is made possible by the International Visitors Programme of Het Nieuwe Instituut with support from the Netherlands Ministry of Foreign Affairs.

International criminal justice offers limited protection to the environment and people affected by it. Various proofs of offenses of extractive colonialism and racial capitalism acquired by non-governmental bodies – civil society groups, NGOs, journalists, etc. – build the case for recognising ecocide as an international crime. This panel brings together two artist-theorists who share their expertise and artistic practices of observing and listening to those struggling societies at the frontline of environmental crisis in the Pacific.

This panel will be moderated by Emma van Meyeren.