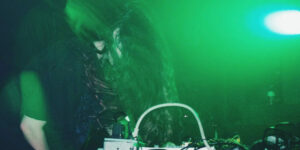 Earning the description ​‘FREAK TECHNO’, Dylan Scheer (aka Via App) is an electronic music producer and DJ. Based in Brooklyn, their first release Dangerous Game (2014) carved a cassette-sized hole in the world for their strange dance music that has since been blown wide open. Their minimalist, industrial, FX processor-heavy, semi-modular synthesising stories keep them on heavy rotation. 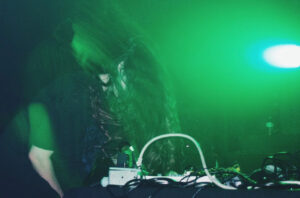 Via App is an alias of Dylan Scheer, the Brooklyn-based sonic field researcher, electronic composer and performer, and club chaos conduit. Recording and performing since 2011, their 12″ was released on BANK Records in 2016, the same year as their debut LP, Sixth Stitch on Break World Records. In 2018, they put out an intricate eight-minute piece with Swiss experimental club label Country Music. They have remixed Karen Gwyer on Don’t Be Afraid and Osheyack on Shanghai’s SVBKVLT, and released tracks on compilations for Allergy Season, Objekt’s Kern Vol. 3 on Tresor, Ciarra Black’s No-Tech, Bergsonist’s Bizarre Bazaar platform and more. Several releases and remixes are underway for 2020, including an album on PTP Records, their most complete and expansive sonic work to date, three years in the making.

The opening night continues as Sonic Acts turns up the volume with a restless club programme of experimental electronics, generative sequencing and brutal rhythms. This adventurous programme is a dark reminder of the quivering extents where dance music lingers with chaos and disorder. A new wave of turbulent sonic explorers, rhythm analysts and improvisers present us with fragmented narratives and abstract impressions of technology that redefine the limits of dance music.