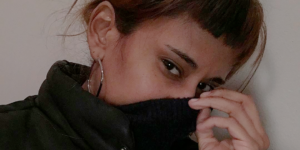 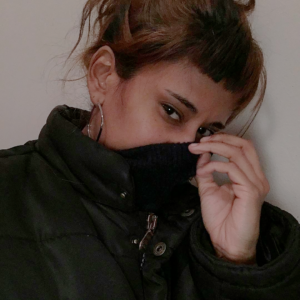 Ego Will Collapse (2019, Yegorka) by Tadleeh is the first EP of a nascent project by Milan-based musician and producer Hazina Francia. This record is a feat of complex and emotional confession. Six distinct tracks sustain a motif of chaos and disorder, a loss of balance and reason, of love destroying a heart from within. A raw dark reminder, soaring red out of a void, Indian-born Tadleeh moves with paced and firm urgency, her record a rhythmed account of pain and transformation. Despite drawing from a variety of the artist’s cultural heritages and extending from her previous work, Ego Will Collapse rings true unto itself, a denuded release.

Tadleeh. Photo courtesy of the artist.