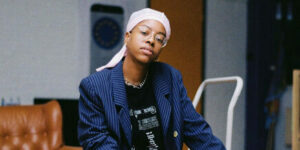 Jamaica-born DJ SHYBOI is a Discwoman recruit who has recently played Boiler Room and Berlin Atonal. From hip-hop to kuduro to breakbeat, the Brooklyn-based DJ’s music issues from a queer community bound by refusal; there is carnage, and every kind of sound in life. If it feels visual, it’s because she’s good at that too, shooting videos for the likes of Hood By Air and Rizzla. 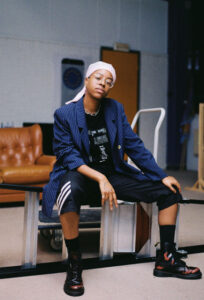 Born in Jamaica, New York-based multidisciplinary artist SHYBOI is a moniker used to cause sonic disruption. As a creative positioned between Caribbean and American culture, she uses sound to interrogate ideas of identity, notions of power, perceived histories and the entanglement that happens within these topics. She is a member of the queer artist collective #KUNQ whose ethos is centred around the production of multidimensional work through sound, visual and performance art while expanding the discourse surrounding the subcultures and genres that have become diluted or obscured in the name of hybridity. SHYBOI has three Boiler Room sets under her ever-widening belt as well as two performances at MoMA PS1 and a sold out show at the Guggenheim. Recent sounds have been featured in Fact Mag and The Fader, as well as on Rinse FM.