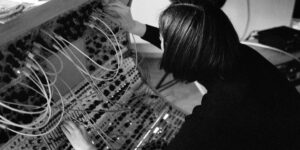 American composer and musician Kali Malone is based in Stockholm where she contests standardised tuning through utterly magical compositions. Active in Sorrowing Christ and Upper Glossa, she has performed at Berlin Atonal and many other festivals. Her latest full-length release, The Sacrificial Code (2019), uses modular synthesis and acoustic instrumentation in organ drone pieces, eliciting dramatic feelings, while troubling the meaning of being in tune. 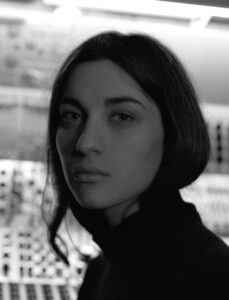 American composer and musician Kali Malone is based in Stockholm where she implements unique tuning systems within minimalist forms in a digital-analogue synthesis. Using synthetic and acoustic instrumentation (such as the pipe organ, string and wind instruments, lute and gong), Malone’s rich harmonic textures emit an emotive hue at once static and captivating. Her recent releases Cast of Mind (2018) and Organ Dirges (2016 – 17) were described in The Wire as ​‘rich with the kind of divinity only discovered alone, in an inner wilderness […] a holy modal communion with sound and space itself’ and Boomkat as ​‘slowly unfolding electro-acoustic landscapes that externalise a highly personalised form of emotive topography’. Active in Sorrowing Christ and Upper Glossa with Caterina Barbieri, Malone frequently collaborates with techno producer Acronym. She has performed at Berlin Atonal and released on Ascetic House, Bleak Environment, Hallow Ground and Total Black, as well as XKatedral, which she co-operates.