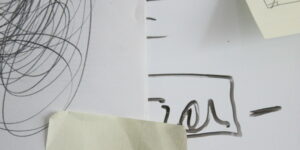 Hugo Esquinca
On 'A Psychedelic Becoming'

For Hugo Esquinca, sound intervention and research turns in on itself with defined aspects presenting unrepeatable results. Last year at Sonic Acts he considered localisation through programming and spatial resonance. He comes back with a multichannel compositional intervention of (dis)organised accidents in spectral synthesis which sets up Yuk Hui’s notions of Recursivity and Contingency as an open structure for sonic emergence.

Hugo Esquinca’s live multichannel intervention On ​‘A Psychedelic Becoming’ within De Brakke Grond confronts recursion and its openness to the necessity of contingency. The work follows that of his collaborator, philosopher Yuk Hui, who outlines these notions in his book Recursivity and Contingency (2019). The compositional framework involves modal amplification, spatial distribution and processual (dis)organisation. Yuk Hui reflects on their resonant consequences and emerging relations as part of the intervention. 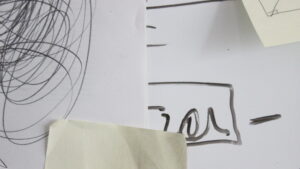 Sound artist Hugo Esquinca​’s research as intervention/​intervention as research in sound explores different degrees of exposure to thresholds of indeterminacy, spectral de-gradation, erratic processing techniques and excessive levels of amplification. At Sonic Acts he presented his sound piece Deformation Studies on Dimension and Structure for Fifteen Point Three (2019), which considered localisation through audio, programming modulations and spatial resonance. This year he performs On A Psychedelic Becoming, a multichannel compositional intervention of (dis)organised accidents in spectral synthesis, stochastic grain modulation and indeterminate fluctuations in DSP and amplification, which takes Yuk Hui’s notions of recursion, the necessity of contingency and the pluralism of indeterminacy as the operational framework for the unfolding of sonic events. His work has been executed in different contexts such as Stedelijk Museum Amsterdam, National Centre for Contemporary Arts in Moscow, Ujazdowski Castle for Contemporary Art in Warsaw, Haus der Kulturen der Welt and Berghain in Berlin.

Yuk Hui studied Computer Engineering and Philosophy at the University of Hong Kong and Goldsmiths, Univerisity of London, with a focus on philosophy of technology. He currently teaches at the Bauhaus University in Weimar. Between 2012 and 2018 he taught at the institute of philosophy and art (IPK) and Institute of Culture and Aesthetics of Digital Media of the Leuphana University Lüneburg where he also wrote his habilitation thesis in philosophy. He is a visiting professor at the China Academy of Art since 2016 where he teaches a master class with Bernard Stiegler every spring. He has been Visiting Associate Professor at the School of Creative Media of City University in Hong Kong (2019), and visiting faculty at the Strelka Institute in Moscow (2018). Previous to that, he was a research associate at the Institute for Culture and Aesthetics of Media (ICAM), postdoctoral researcher at the Institute for Research and Innovation of the Centre Pompidou in Paris and a visiting scientist at the Deutsche Telekom Laboratories in Berlin. He is initiator of the Research Network for Philosophy and Technology, an international network which facilitates researches and collaborations on philosophy and technology.

On A Psychedelic Becoming. Photo courtesy of Hugo Esquinca.