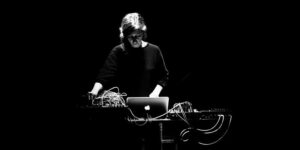 Join Sonic Acts Academy for the world première of Marja Ahti’s multichannel speaker composition The Altitudes. The Finland-based musician and composer is known for her work with duo Ahti & Ahti and solo project Tsembla in which instruments and objects make slippery harmonies. She now abandons measured rhythm for modular synthesis, crunching sounds that roll across field recordings where the familiar, rendered unrecognisable, becomes precious.

The Altitudesis a twenty-minute multichannel piece premiering at Sonic Acts. Imagining a vertical movement through layers of air, the speaker composition unfolds with a slow intensity, interweaving concrete and electronic sound. Traversing the altitudes, a landscape of entangled elements, masses and currents emerges. The air has weight that presses against everything it touches. As gravity pulls it to Earth, it is sensed as pressure. The rotation of the planet, the angle of the sun at any new moment sets the elements in motion. Behind the waves and currents there is silence. 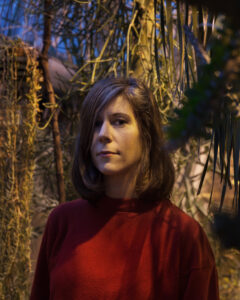 Marja Ahti is a musician and composer living in Turku, Finland. Working with field recordings and other acoustic sound material combined with electronics and feedback, she investigates the borderland where sounds start to communicate. Her precise musical narratives float slowly mutating textures of detailed acoustic sound and intuitively tuned, sustained tones. Gentle microtonal beats linger between the acousmatic and documentaristic, in a realm of metaphor where sounds mirror each other and shadow-dance. Originally from Sweden, Ahti has been part of the Finnish experimental music scene for more than ten years, currently in Ahti & Ahti with her partner, and the Himera artist/​organiser collective. Her debut under her own name, Vegetal Negatives (2019, Hallow Ground), explores a new formal language and sonic palette that strays far from the path of her earlier work.