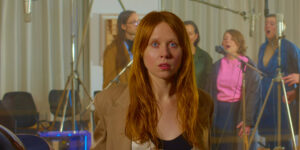 Holly Herndon’s third full-length album PROTO isn’t about A.I., but was largely created in collaboration with her A.I. ​‘baby’, Spawn. A contemporary ensemble of vocalists, developers and an inhuman intelligence housed in a DIY souped-up gaming PC created the record of live vocal processing and timeless folk singing that emphasises alien song craft and new forms of communion. The project responds to what Herndon calls the protocol era – ideological battles over the future of A.I. protocols, centralised and decentralised internet protocols, and personal and political protocols – compelling us to question who we are and what we are heading towards. 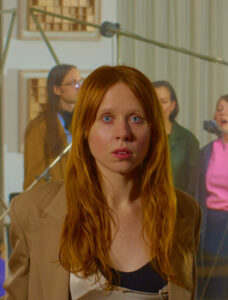