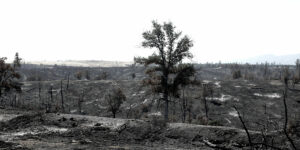 Composer Duncan Speakman makes a return after a decade away from Sonic Acts when he spoke on locative media and how sound can accompany one on a journey. He brings this to practical fruition in Only Expansion, a poetic and cinematic audio tour that situates participants at once within the environment of the city, and amid encroaching global disasters, to hear how we really feel.

Only Expansion is a site-responsive audio tour in which participants observe their environment in fleeting and geologic time scales, responding to the landscape after climate collapse. Winner of the Jury award for immersive non-fiction at IDFA in 2019, the tour remixes the sound of the city with recordings of rapid environmental change: wildfires in the United States, crumbling cliffs in east coast England, rising seas around Norway, eroding dunes in northern Sahara. This poetic reflection endows the shifting urban environment with a cinematic and documentary look at the places we inhabit, expressing tenderness and grief. 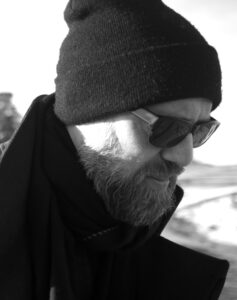 Duncan Speakman is a composer based at the Pervasive Media Studio in Bristol. Often working with mobile audio and locative media, he creates narrative experiences that engage audiences emotionally and physically in uncontrolled spaces. From intimate in-ear stories to large-scale performances, his award-winning works range from sound installations on Guangzhou tram networks and loudspeaker symphonies in Christchurch, to performative audio walks in Saitama and radio experiments for the BBC. His current research explores how augmented reality might address climate collapse, while continuing to wrap the questions in melancholy and romance.

Still from 'Only Expansion' by Duncan Speakman.