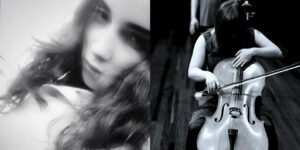 French electronic composer Malibu’s radio programme United In Flames made Mixcloud’s​2018 ​‘Hotness List’. Consistent with the theme, her ambient releases on Noise Recordings and UNO NYC unite timeless harmonies with contemporary delay. At Sonic Acts she is joined by Judith Hamann, whose many collaborations are credit to her radical take on cello – the instrument so often called on when the soul needs talking to. 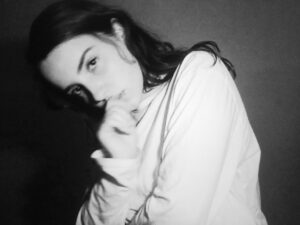 Malibu is a French electronic composer whose work sails between ambient and ethereal music. Forever inspired by soft reverbed vocals and melodious chord progressions, Malibu’s music is a sea of synthetic strings, cello and choirs. It is an immersive euphoric and nostalgic journey, a kind of sad fantasy where elegance and delicacy lie. Every month she tackles the same ideas in her radio show United In Flames, with the help of various guests. One Life is Malibu’s first EP and most matured work, released in November 2019 on both Joyful Noise Recordings and UNO NYC.

Judith Hamann is a performer and composer from Birraranga, Melbourne who is one of ​‘Australia’s foremost contemporary-music cellists’ (RealTime Arts). Her current work focusses on ​‘Materialities of Realisation’ (with Charles Curtis) – an examination of ​‘shaking’ in her solo performance practice and new works for cello and humming. Hamann has worked with artists and ensembles including Dennis Cooper, Áine O’Dwyer and La Monte Young. She is a member of Golden Fur (with James Rushford and Samuel Dunscombe) and has long-standing duo projects with fellow Sonic Acts participant Anthea Caddy. She has performed widely at festivals including the LA Phil Fluxus Festival and Aural in Mexico City. Hamann has also performed or composed music released on labels including Saltern, Pogus, Another Timbre, Caduc and Marginal Frequency and holds a Doctor of Musical Arts from University of California, San Diego, where she majored in contemporary cello performance.