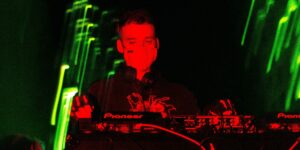 Brooklyn’s Hatechild. is a member of grass-roots fundraising club night Melting Point. The DJ, who has protested ICE with music, is a load-bearing wall in the DIY warehouse spaces of the United States. Supporting Hatechild. is not a patriotic act, but a self-satisfying one – their music is an indelible pleasure cruise, albeit with terminal BPMs. 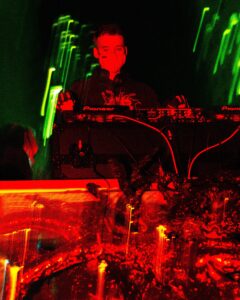 Hatechild. is a Las Vegas-born, New York City-based DJ and producer. Birthed out of the hostility and turmoil of our current political and economic climate, it is not difficult to hear themes of unrest and frustration emanating from their intentionally abrasive productions. They are a member and resident DJ of Brooklyn’s rapidly growing collective Melting Point, where the lines between rave and activism are heavily blurred, playing sets at ​‘sonic protests’ in front of the ICE headquarters in the streets of Manhattan as well as events in DIY warehouse spaces alongside some of the most prominent artists of the present and past. With each performance pushing boundaries and BPMs to extreme limits, it is needless to say that Hatechild. is a force to be reckoned with.