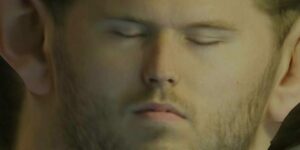 djb (aka Thomas de Rijk) works with sound and visuals in film and videos that have been broadcasted on Adult Swim and MTV, and come out of joint projects with Hudson Mohawke and Slugabed among others. Digital decay is rife on his last album dood & verderf (death & decay) (2019), a musical concatenation of his electro-organic approach to the cosmic fabric of sound. 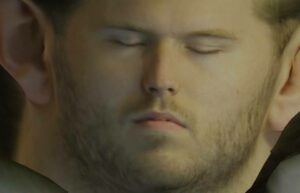 djb (aka Thomas de Rijk) is an Amsterdam-based sound artist, musician and visual artist. He explores existentialist and absurdist themes to combine the organic and the digital through electronically generated sound and 3D-animated visuals. Having studied audiovisual design at the Willem de Kooning Academy in Rotterdam, De Rijk found himself making animated films for big broadcasters such as Adult Swim and MTV, and music videos for artists such as Palmbomen, Slugabed, Hudson Mohawke and De Jeugd van Tegenwoordig. Combining his visual and sound work, he has released multiple records with original artwork and visual accompaniment, and has performed both DJ and live audiovisual sets throughout Europe. His latest album dood & verderf (death & decay) released on Opal Tapes in 2019, was formed by literally giving life to old musical sketches in digital decaying and cutting to progress towards a more organic texture.

djb. Photo courtesy of the artist.