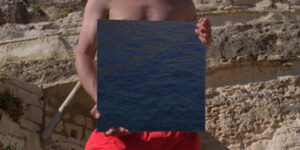 ATTENTION! is a three-day workshop exploring perceptual engagement, that seeks to re-orient the audiovisual attentions of its participants towards the present. Participants are led by artist, filmmaker and curator Ben Russell in employing a series of listening, movement, recording and viewing exercises, to produce a continuity from now to the infinite. ATTENTION! takes its title from the exclamations of a trained Mynah bird in Aldous Huxley’s ISLAND*.

Informed by Ben Russell’s own decades-long practice in image-and-sound collection under the loose frame of ​‘documentary’ and ​‘psychedelic ethnography’ and inspired by production trips to Vanuatu, the Marquesas Islands, Rapa Nui, and more. The workshop contains audiovisual tasks drawn from sources as diverse as Maryanne Amacher, Maurice Merleau-Ponty, LSD test subjects, Georges Perec, hydrophone coral reef recordings, Jean Rouch’s idea of trance-cinema and more – all in the name of recognising one’s own intuitive, cognitive and perceptual processes within the construction of the Here and Now.

*‘Is that your bird?,’ Will asked.
She shook her head.
​‘Mynahs are like the electric light,’ she said. ​‘They don’t belong to anybody.
​‘Why does he say those things?
​‘Because somebody taught him,’ she answered patiently. What an ass! her tone seemed to imply.
​‘But why did they teach him those things? Why ​“Attention”? Why ​“Here and now”?
​‘Well…’ She searched for the right words in which to explain the self evident to this strange imbecile. ​‘That’s what you always forget, isn’t it? I mean, you forget to pay attention to what’s happening. And that’s the same as not being here and now.
​‘And the mynahs fly about reminding you – is that it?‘
She nodded. That, of course, was it. There was a silence. 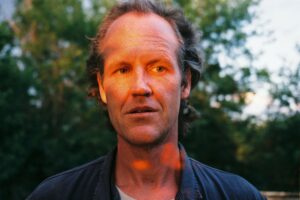 Ben Russell is an artist, filmmaker and curator whose work lies at the intersection of ethnography and psychedelia. His films and installations are in direct conversation with the history of the documentary image, providing a time-based inquiry into trance phenomena and evoking the research of Jean Rouch, Maya Deren and Michael Snow, among others. Russell was an exhibiting artist at documenta 14 (2017) and his work has been presented at Centre Georges Pompidou, Museum of Modern Art, Tate Modern, Museum of Modern Art Chicago, Venice Film Festival and Berlinale, among others. He is a recipient of a 2008 Guggenheim Fellowship, a FIPRESCI International Critics Prize (IFFR 2009, Gijon 2017), and premiered his second and third feature films at the Locarno International Film Festival (2013, 2017). Curatorial projects include Magic Lantern (Providence, USA, 2005-2007), BEN RUSSELL (Chicago, USA, 2009-2011), and Hallucinations (Athens, Greece, 2017). He is currently working on a multi-form non-fiction project based on one man's search for an invisible mountain.

Enrolment
To apply for the workshop, taking place from 12 – 14 February in Amsterdam, please send a short motivation and CV to workshop[at]sonicacts[dot]com. The deadline for applications is 22 January.

Fee
Participants pay a contribution of €75 for the workshop led by Ben Russell. Lunch is included.