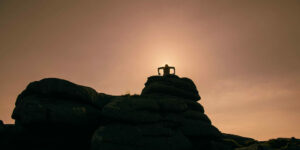 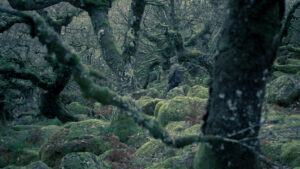 Musician Roly Porter began his career as part of production duo Vex’d, later releasing two albums under his name on Subtext, Aftertime (2011) and Life Cycle of a Massive Star (2013) (a FACT Magazine best album of the year). In 2015, he released Third Law (Tri Angle Records), described by Pitchfork as ​‘Truly, Awesomely Terrifying’. His residency in Aldeburgh with Cynthia Millar resulted in the 2017 album Fall Back. Porter is a Sonic Acts veteran, having presented work with Marcel Weber (MFO) in 2012 and 2017, he returns with another result of their collaboration.

Marcel Weber (MFO) is a visual artist who directs audiovisual performances, stage designs, video works and installations. He is a resident within multiple experimental art and music event series’, for instance, as Berlin Atonal’s director for light and visuals and long-time collaborator of Unsound Music Festival in Krákow/​New York/​Adelaide/​Toronto. His performances and installations are commissioned and featured at music and art festivals including CTM and MUTEK and many international institutions. Recent projects of note are installation-performance piece Nervous System 2020, live performances with Aïsha Devi, and with Kyle Dixon and Michael Stein on their Music of Stranger Things. Further collaborations include those with sound artists and musicians such as Tim Hecker, Ben Frost and Liz Harris (Grouper). With musician Roly Porter, MFO also presented work at the 2012 and 2017 editions of Sonic Acts.